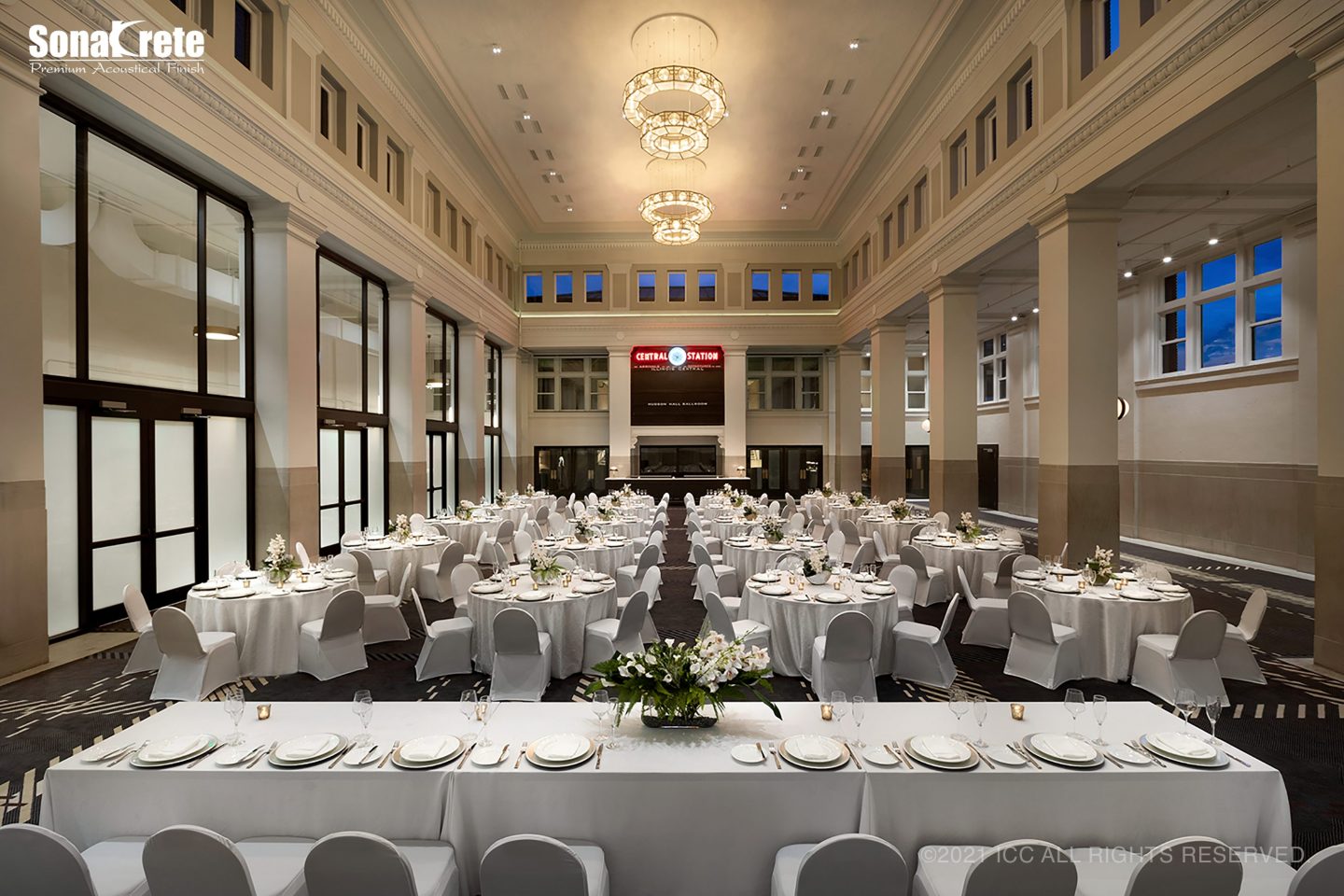 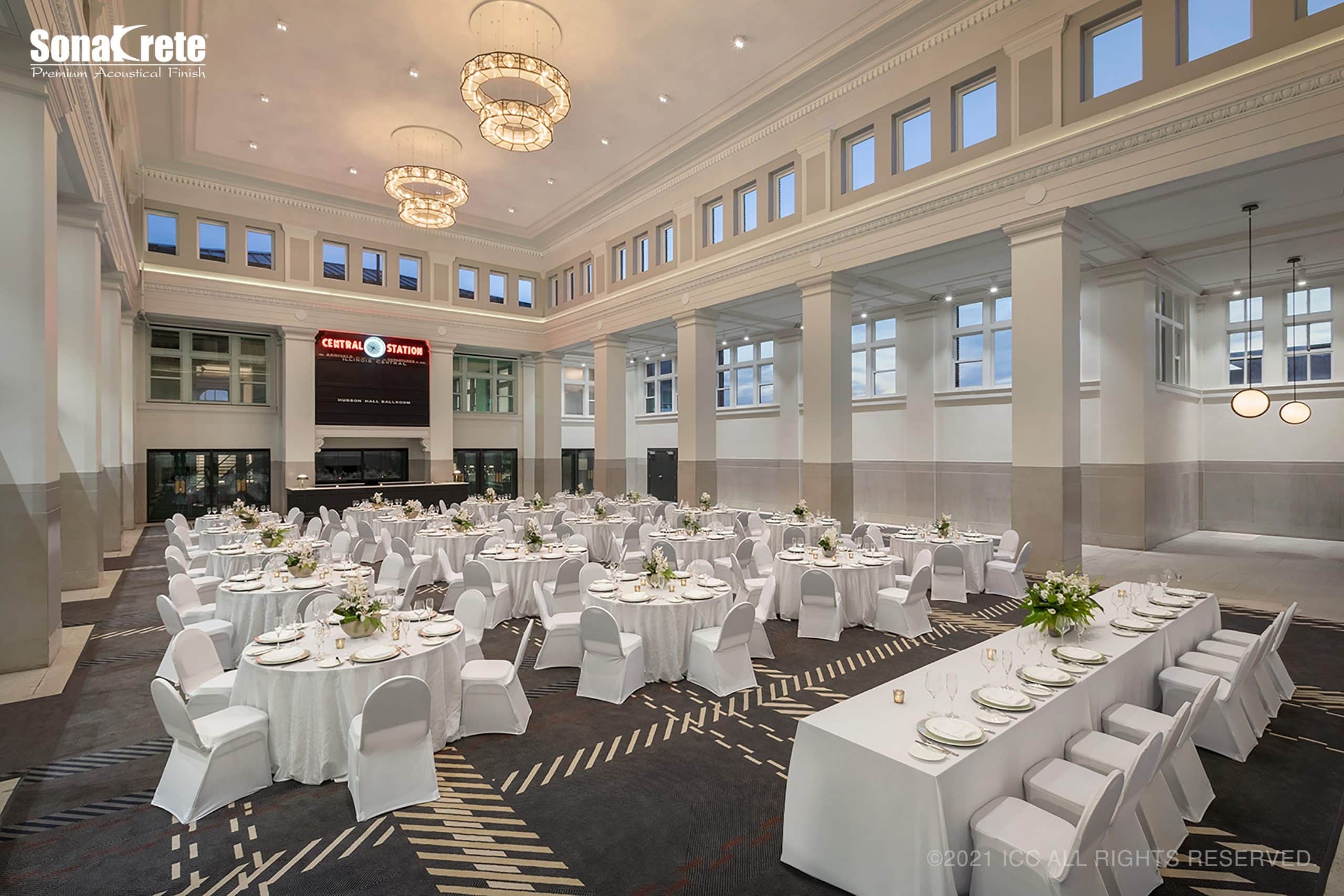 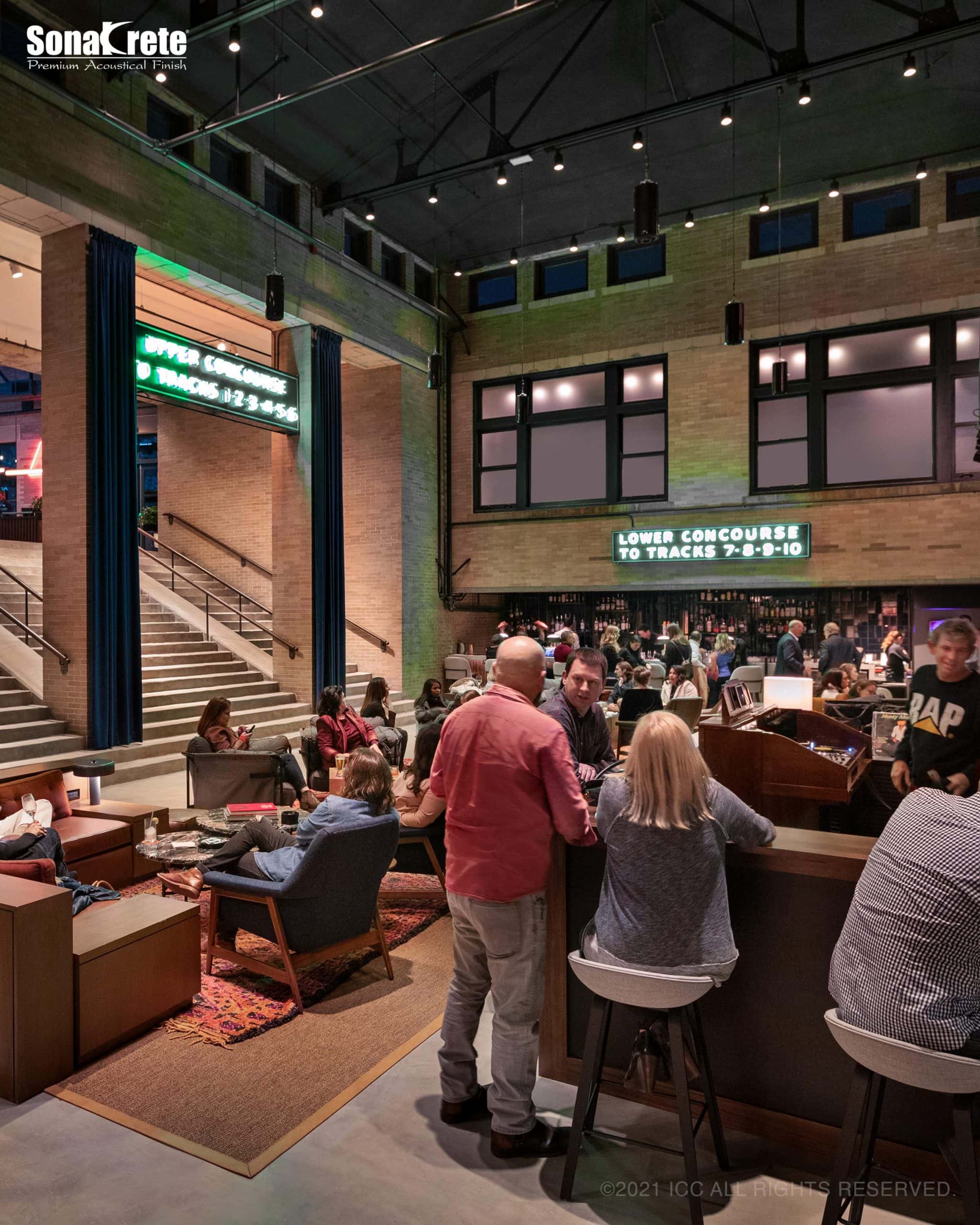 Central Station has been serving rail passengers in Memphis, Tennessee for more than 100 years. Opened in 1914 and referred to as Grand Central Station until 1944, the location became the centerpiece of the “South Main Street” neighborhood through the first half of the Twentieth Century, highlighted by the Spirit of New Orleans’ daily trip between Chicago and the Crescent City. 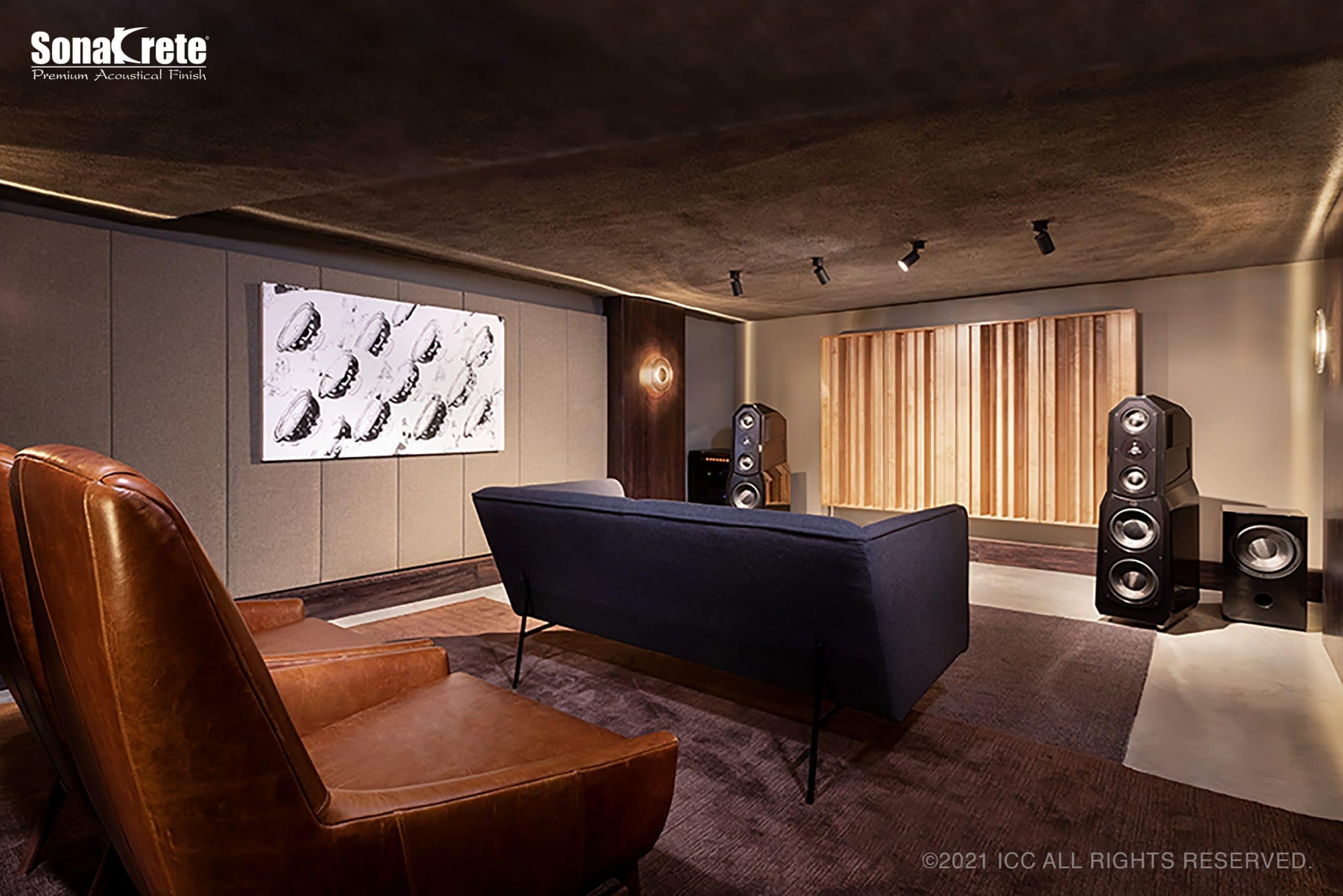 The historic Memphis music scene was incorporated into the 123 room hotel and, “Acoustics was a major consideration,” says architect Chad Evans of Bounds & Gillespie Architects, a lead designer on the project. With daily train service running adjacent to, and in some places directly above the occupied spaces of the hotel, SonaKrete was chosen to solve the acoustic challenges and allow the architects to apply a finish in tune to the original Roman Doric design. Just 3/4” of SonaKrete in white for the Grand Hall and custom Iron Ore for the bar and The Listening Lounge were applied to achieve the desired .75 NRC.

With a bond strength of over 500 lbs per square foot, a Class 1 Class A fire rating, and a troweled-finish, SonaKrete fit the budget and design goals perfectly.